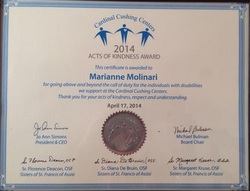 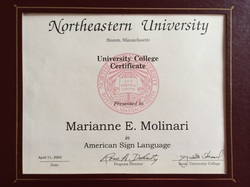 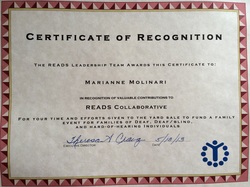 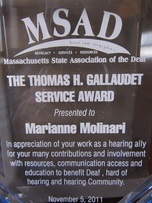 "In appreciation of your work as a hearing ally for your many contributions and involvement with resources, communication access and education to benefit Deaf, hard of hearing and hearing Community." 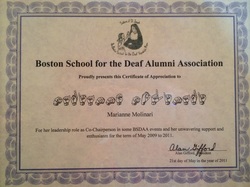 BOSTON SCHOOL FOR THE DEAF ALUMNI ASSOCIATION CERTIFICATE OF APPRECIATION presented by Alan Gifford (BSDAA President) - Received May 21, 2011.
Presented to Marianne Molinari in recognition of her leadership role as Co-Chairperson in some BSDAA events and her support for May 2009-2011 term. 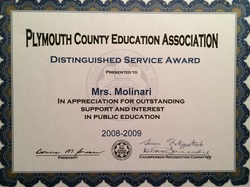 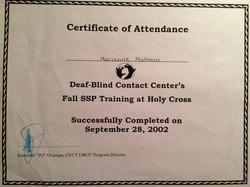 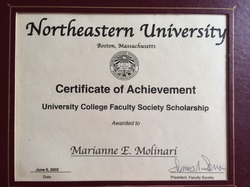 THOMAS H. GAULLAUDET SERVICE AWARD presented by The MSAD: Massachusetts State Association
of the Deaf - Received November 5, 2011.
WATCH THE PRESENTATION OF THE AWARD BY ALLAN GIFFORD (PRESIDENT OF MSAD) BELOW:
CERTIFICATE OF APPRECIATION presented to Marianne Molinari from The Boston School for the Deaf Alumni Association (BSDAA) for her leadership role as Co-Chairperson in some BSDAA events and her support and enthusiasm for the term of May 2009 to May 2011. - Received May 21, 2011